Squamish brewery raises $11,000 for charity with 'Suck It Cancer' brew

VANCOUVER — A B.C. brewery’s fundraising effort has more than doubled its goal, raising $11,000 for the BC Cancer Foundation with a reissued batch of its award-winning pale ale.

Squamish-based Backcountry Brewing won a gold medal at the BC Beer Awards in 2018 for the brew it called “Suck It Trebek” in homage to the famous SNL Celebrity Jeopardy! sketch.

Then, in March 2019, Alex Trebek announced his diagnosis. The Jeopardy! host told the world he had stage four pancreatic cancer. If Backcountry wanted to release the brew again, it would need a new name. 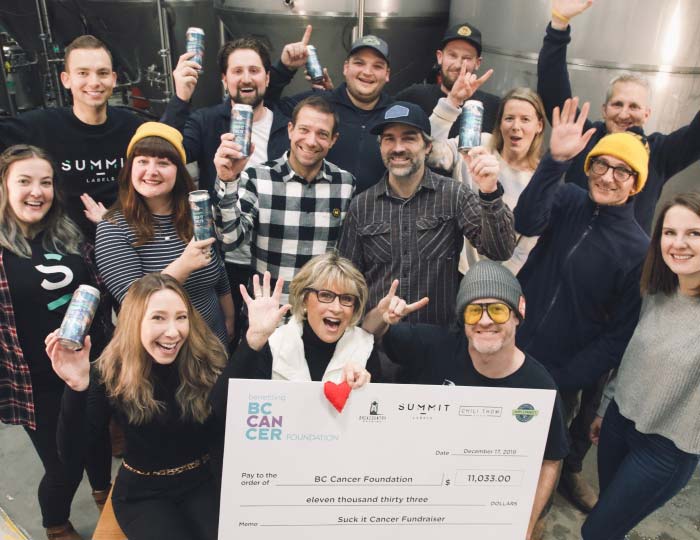