Backcountry Brewing is the new kid on the craft-beer block

There’s a new kid in the Sea to Sky’s craft-beer scene, and the industry has taken note. Squamish’s Backcountry Brewing was the big winner at last month’s BC Beer Awards, earning five medals in a number of hotly contested categories — despite only opening its doors in April.

“We’re really honoured to be recognized amongst so many other great breweries. It was definitely an awesome surprise,” said brewery co-founder, GM, and director of sales Marc Roberts (“I also wash dishes!”).

The fine folks at Backcountry Brewing had their work cut out for them this year at the biggest BC Beer Awards yet, with almost 100 other breweries and 900 beers to contend with.

Along with taking home the hardware for Best Social Media in the new Creative Awards category, Backcountry was named Rookie of the Year as B.C.’s consensus best-new brewery. 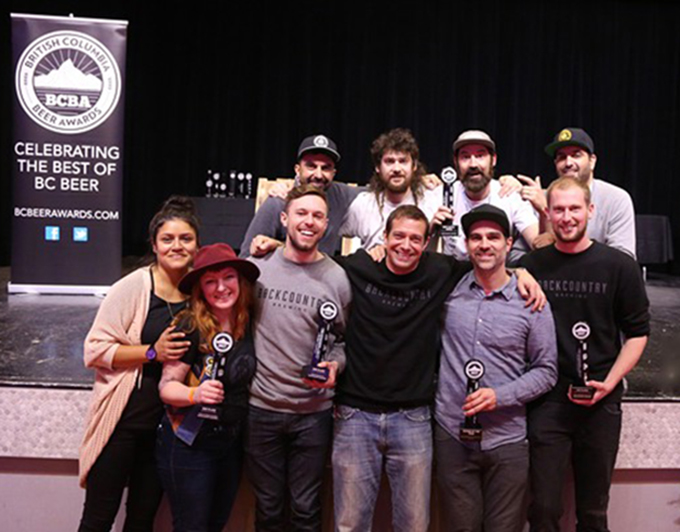