How Do Micro-Brewers Name Their Beers?

In a world where craft brews are everywhere, coming up with a catchy name can help separate you from the rest of the pack: New York City-based Ruckus Brewing Company touts its Hoptimus Prime; across the pond in North Yorkshire, England, Black Sheep Brewery offers up its Monty Python’s Holy Grail ale; while, in Whistler, B.C., Coast Mountain Brewing presents its dramatically named Death Before Download Pale Ale (a nod to the notion that any respectable skier would rather do anything than ride the chairlift down the ski hill).

A visit to Squamish, located down the road from Whistler, may take some of the mystery out of the naming process. All Backcountry Brewing employees are encouraged to suggest names from popular culture for its limited-release beers. Memorable movie lines and song lyrics inspire many seasonal beer names such as “Don’t Call Me Shirley” (from Airplane!) and “Hold me Closer Tony Danza” (a play on the line from Elton John’s “Tiny Dancer”).

The most popular names are debated before a final vote. In the event of a tie, it may go to a game of darts with the winner having the final say on the name. “Naming our beer makes me giggle,” says co-owner Marc Roberts. 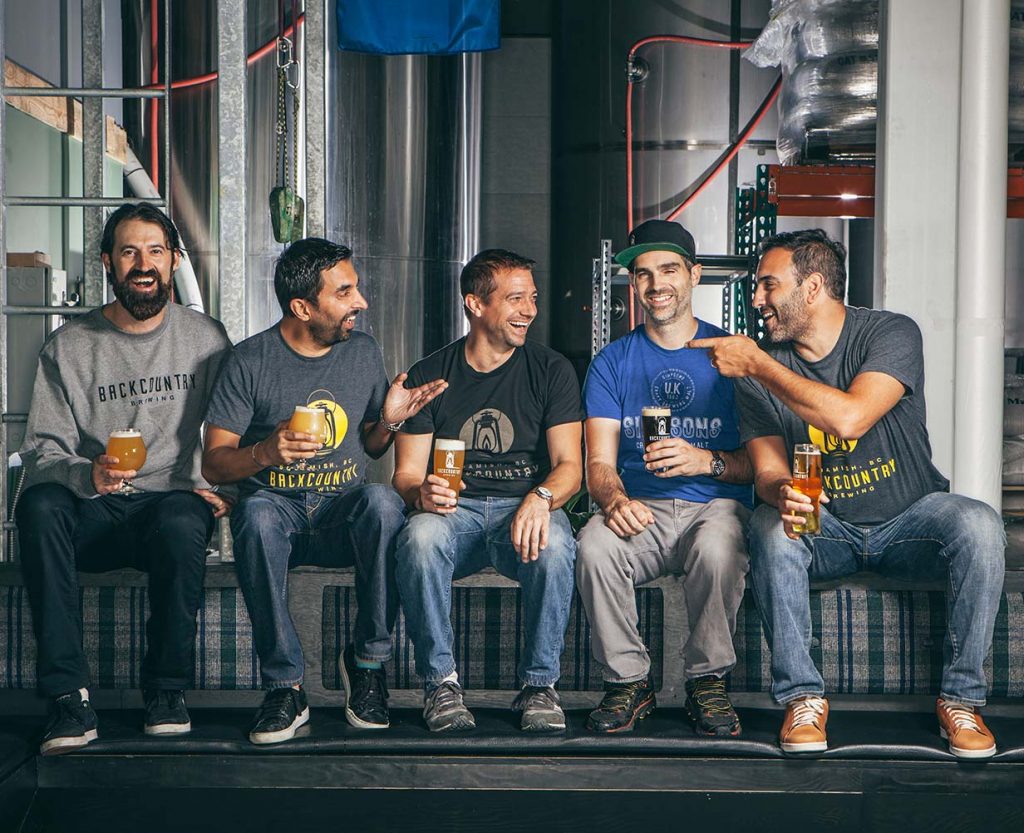